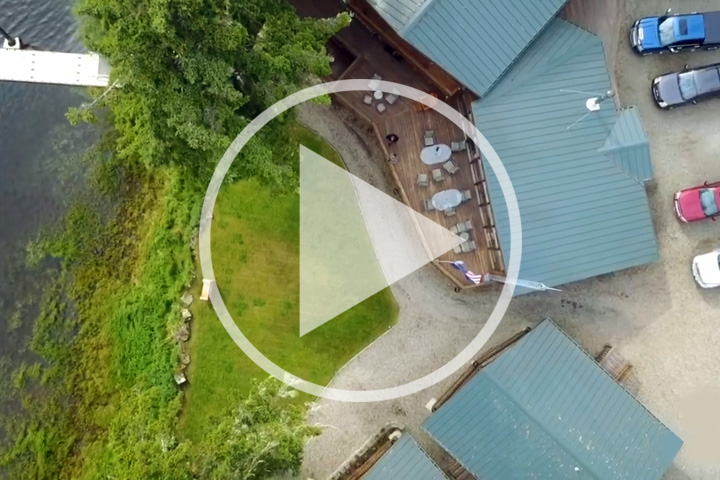 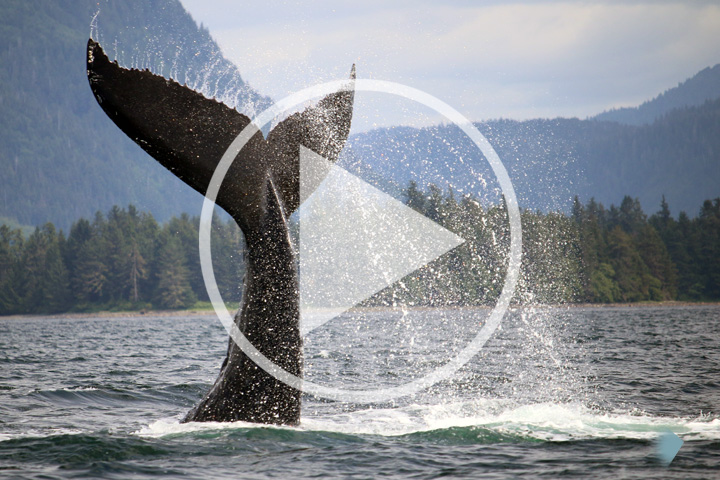 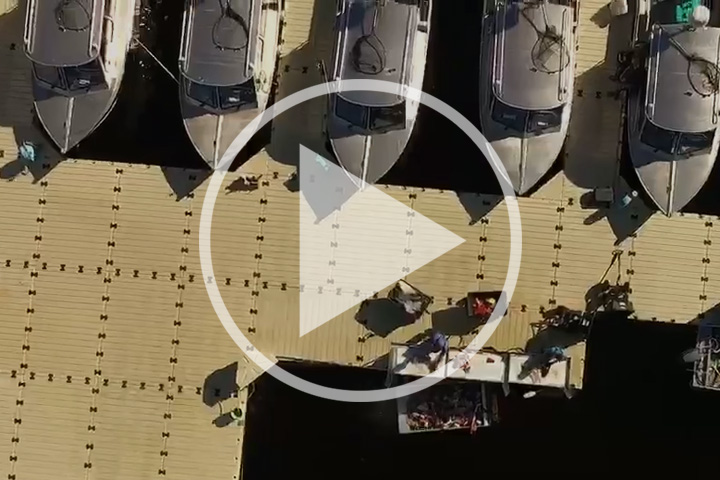 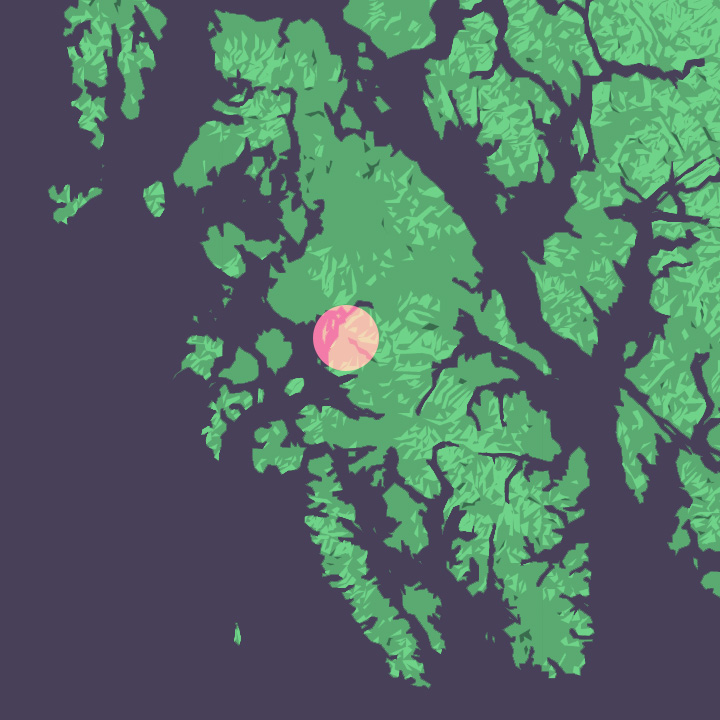 calendar_today In season April through September.

Big Kings In The Land Of the Northern Lights

Like the true champion he is, three-time Iditarod dog-mushing winner Jeff King takes everything he does seriously. A member of the Cabela's Pro Staff, King had traveled south from his Denali Park, Alaska, home to try his hand at catching fresh-run ocean king salmon. Together with Jeff Smith, Cabela's Rainwear Product Manager, Roger Verhulst, Cabela's Sportswear Divisional Manager, and J.D. McCay, Gore-Tex Product Specialist, we were also field testing the latest version of Cabela's superb Gore-Tex Guidewear, arguably the finest foul-weather fishing rain gear ever built. Only Smith and I had any prior experience catching ocean kings, which made things quite interesting. This is fishing that requires certain "touch" - it's anything but simple. However, we were in a great place under the tutelage of Tim Marshall, one skookum salmon guide who has been fishing these waters for more than a decade. So when first J.D., then Roger boated their very first bright, tackle-busting kings, you could see Jeff King begin to bear down. Then Jeff smashed a 35-pounder, and I boated the biggest fish of the trip, a dime-bright barrel-chested 50-pounder. The good-natured ribbing began- and King's quest was on.

Originally built in 1975, Fireweed Lodge was a logging camp until the mid-1980s, in the days when logging drove the economy of Southeast Alaska. When Bob Anderson decided he was ready to retire as a state trooper in late 1989 and decided he wanted to change careers, he made a deal to buy the facility. He then came in and rebuilt existing structures and added a boat dock. Over the past 13 years, he's added boats, a hot tub room, recreation room, etc. Today Fireweed Lodge hosts between 400-450 fishermen each salt water season (June-September) and another 150 guests during freshwater fishing (spring steelhead late April/May) along with spring black bear hunters.

The west coast of Prince of Wales Island has historically been the commercial fishing mecca of Southeast Alaska, with the area between Noyes Island and the south side of Baker Island a natural feeding ground for migrating salmon. This is where the migratory salmon come to gorge themselves on needlefish, herring, and other high-protein foods before dispersing to their spawning rivers in Alaska, Washington, Oregon, and the west coast of Canada. Here you can catch all five Pacific Salmon species, plus halibut, lingcod, and assorted rockfish. There are also lots of humpback whales and eagles, as well as sea birds eating the huge bait balls. It's like being in the middle of a National Geographic special.

HOW TO CATCH 'EM

"We primarily motor-mooch herring on 9-ft. Lamiglass Kenai King rods (rated 12-30 lbs), with 20-25 lb. Test main line, 4/0 hooks, and 3-6 oz trolling weights, depending on current," Marshall relates. "The key is to stay alert, as the bite is often very light and subtle, and then when they do bite, let the fish eat it before setting the hook. Often the angler sets the hook too soon, pulling the bait away from the fish."

Fishing is done from 22-ft Olympic fiberglass boats with 200-hp Mercury OptiMax outboards and 9.9-hp four-stroke Yamaha kickers. These boats are tricked out with the latest electronics, including depth finder, radar, chart plotter, VHF radios, etc. Basically, Tim motored through good water until the meters showed bait balls. He then positioned the boat up-current of the bait and drifted down through the sweet spot as the fishermen mooched plug-cut herring baits.

In Alaska we have a saying: If you don't like the weather, wait a minute and it will change. This trip was no different. One day it was bright and sunny, the next day raining buckets as the wind blew and the seas kicked up. Through it all we kept fishing hard, taking one-fish daily limits of kings each time out as well as filling the boat with two-fish halibut limits with ease.

As time passed, Jeff King had some action, whacking the halibut unmercifully and boating several nice Coho (silver) salmon. But, until late in the trip, the king salmon had eluded him. Then Jeff felt the soft throbbing of his rod tip as a big king munched on his herring. When he set the hook the battle was on and soon the jinx was broken. The Alaska Iditarod champion had boated his first ocean king! After that it was as if the light bulb had gone on, and Jeff began hooking kings like a real pro.

All in all, this was the fishing trip of a lifetime. We had our fish processed by Bob Anderson's daughter, Jody; she's opened Jody's Seafood Specialties, a commercial salmon smokehouse that can, and will, smoke clients' fish. Jody's also professionally vacuum-packs, labels, and boxes it up ready for transport by the airlines home. When our fish were all packed, we bid a sad farewell to Klawock and some of the finest king salmon fishing in the world. Yet we were all wondering how we could do some more "field-testing" here again one day soon. There must be a way... 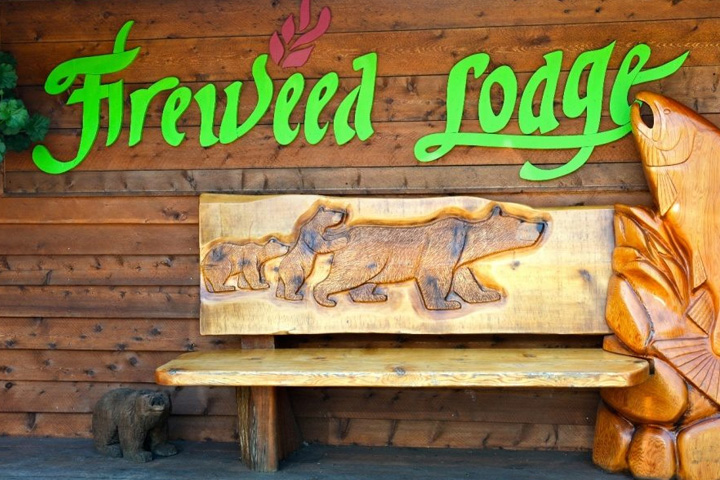 The beauty and splendor of Fireweed Lodge's location on Prince of Wales Island is perfect for those seeking respite in Alaska. At Fireweed Lodge we pride ourselves in offering our guests unparalleled hospitality. Join us in paradise, and enjoy the amenities which help make us a premier luxury fishing lodge in Alaska. 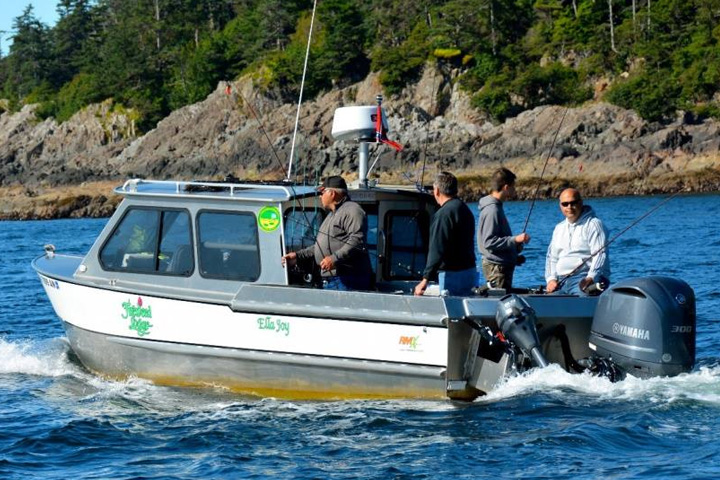 Whether testing your endurance fighting a tireless Alaska Halibut or the thrill of hooking a lightning-fast run of a trophy Alaska King Salmon, Southeast Alaska fishing earns it reputation as some of the finest in the World. Angling opportunities abound in the freshwater and saltwater surrounding Fireweed Luxury Fishing Lodge. 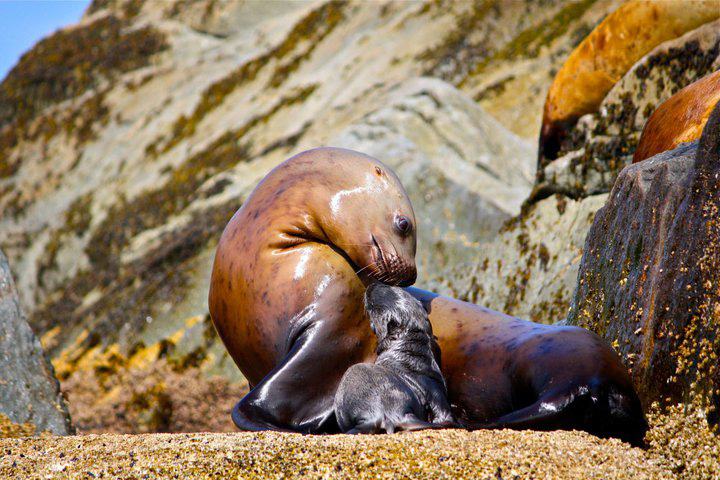